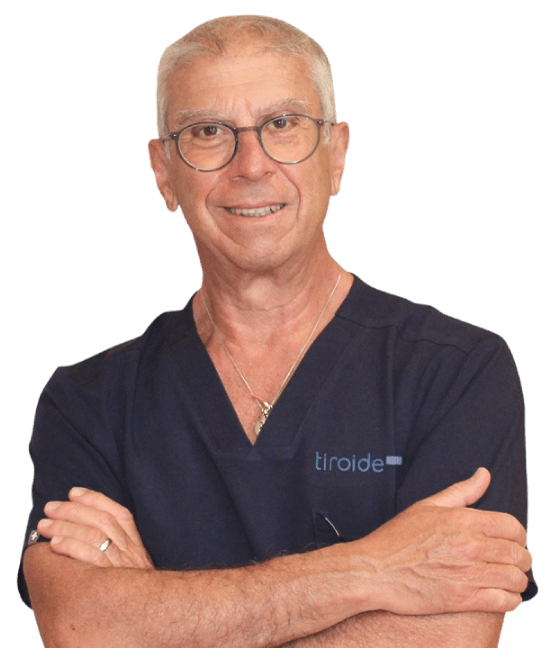 Dr. Spiezia is an active member of the Italian Society of Ultrasound in Medicine and Biology (SIUMB) where he is the Director of the School of Ultrasound of thyroid and cervical pathologies. His clinical practice is mainly dedicated to patients with benign and malignant endocrine pathologies, and is particularly skilled in minimally invasive, laparoscopic and robotic assisted surgery of the thyroid, parathyroid and adrenal glands.

Dr Spiezia is one of the pioneers in Europe of thermal ablation of thyroid nodules, his first works on laser thermal ablation were published in Thyroid in 2003 and Radiology in 2004 after which he began to publish his experience on RFA since 2007. He is currently invited as a KOL in many international congresses and as a proctor to start clinical trials of thermal ablation, on both therapies, in hospitals in Europe, Saudi Arabia and the United Arab Emirates. In his hospital patients are admitted for surgery, but also for percutaneous treatments, all procedures being available on an outpatient basis such as RFA, laser ablation or PEI.

Dr. Spiezia is an active member of the Tirnet network for the molecular test on cytological sample determining the value of this test to spread the concept of tailor-made surgery in thyroid cancer.